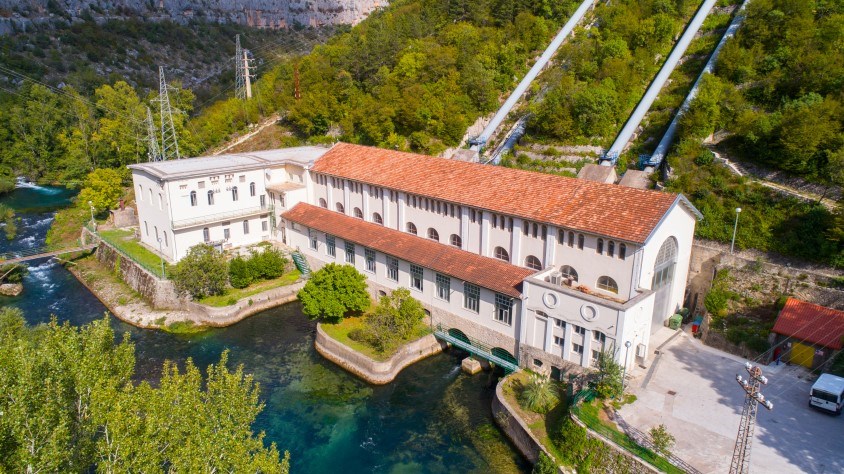 Let’s get into a little history in Krka national park! The small river Krka housed the most powerful hydroelectric plant Europe has ever seen way back in 1910., not only that, it was the only plant in Europe whose generators were connected directly to the transmission line with as much as 30.000 volts of power. Back then a hydroelectric plant without a transformer was unheard of, and yet this small Krka national park held such a technological marvel, which is still impressive to this day!

But let’s go back a little further, 11 years further to be exact, about 22 km downstream at our by now infamous Skradinski buk, the first complete AC power system in Croatia was established. Thus, the turn of the century marked the strong industrial development of Šibenik, and with it a visionary engineering wonder of transforming the strong current of Krka national park into usable power.

The Krka national park power plant started operating in 1895. Enabling the further industrial development of the area of Šibenik. The stock company Società veneziana elettricochimica financed the increase production of energy by installing a second turbine in Krka HPP (hydroelectric power plant). This made it possible to start production of calcium carbide in a factory located near the power plant it 1899., unfortunately this factory burned down soon after. The same company which financed the previous project purchased land in Crnica, in the wester part of Šibenik, for the construction of factory buildings, beginning construction in 1901. Due to the high cost, the construction of a new factory also involved the industrial society Società di carbure di calcio, and by merging the two companies, a new company called SUFID (Società anonima per l’utilizzazione delle forze idrauliche della Dalmazia) was created.

After many years of preparation and changes to the concessionaires, the construction of a new hydroelectric power plant began in 1903., on December 12, 1906., it was granted a license to operate and entered its regular stability of operation in early 1907. Upstream of the Brljan waterfall is a natural lake, which the people call Broad Lake, 400 m wide and 1.300 m long, it is a reservoir of water for the Miljacka HPP. Water was brought from Brljanska Lake to the power plant by a tunnel 1.588 m long, with a water fall of 107,3 m and an available volume of 16 m³/s. The hydroelectric power plant has installed four turbines of 24.000 hp and a voltage of 30.000 V. The power plant was connected to the Šibenik plant by a 34.5 km long transmission line. The total investment in the power plant and transmission line amounted to 6.820.000 Austrian gold crowns and the concession was contracted for a period of 40 years.

The importance of HPP Miljacka was valorized at the Hydro Vision International Hydropower Conference held at the end of June 2018., where it gained recognition by the yearly Hydra Hall of Fame for outstanding achievements in the hydropower sector. The Miljacka HPP project was created by the renowned engineer Otto Tituš Blathy, one of the leading people of Ganz und Co. from Budapest. The hydropower plant was built by hand and the 1.589 m long tunnel was also manually dug through which the water from Lake Brljan was brought to the power plant.
Despite humanities desire to transform and subjugate nature, their coexistence is necessary for survival. Further energy exploitation of the Krka River would be detrimental to this area as the operation of existing hydropower plants affects the regime of its waters. Just as the use of river water power in the 19th century triggered the industrial development of Šibenik and its surroundings, today the systematic protection of the natural phenomenon of the Krka national park is the only way to sustainably develop this area. Only through the sustainable use of renewable energy sources, while respecting the laws and the power of nature, can the primeval beauty of this marvellous river be preserved for generations to come. 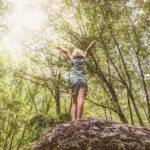 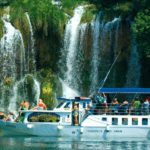 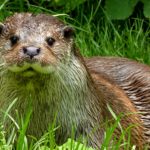 Wildlife of Krka – The Krka otter
09/11/2019
Our website uses cookies to give you the best possible service. If you continue browsing, you agree to the use of cookies. More details can be found in our privacy policy.AcceptInfo